Creativity Explored have employed a unique open door studio strategy, whereby the local community are given an open invitation to freely drop in and visit their studios while artists are working. This move is primarily intended to raise awareness among the public of the studio working environment for people with developmental disabilities, going further at times by creating opportunities for new relationships to develop between the artists and those dropping in. 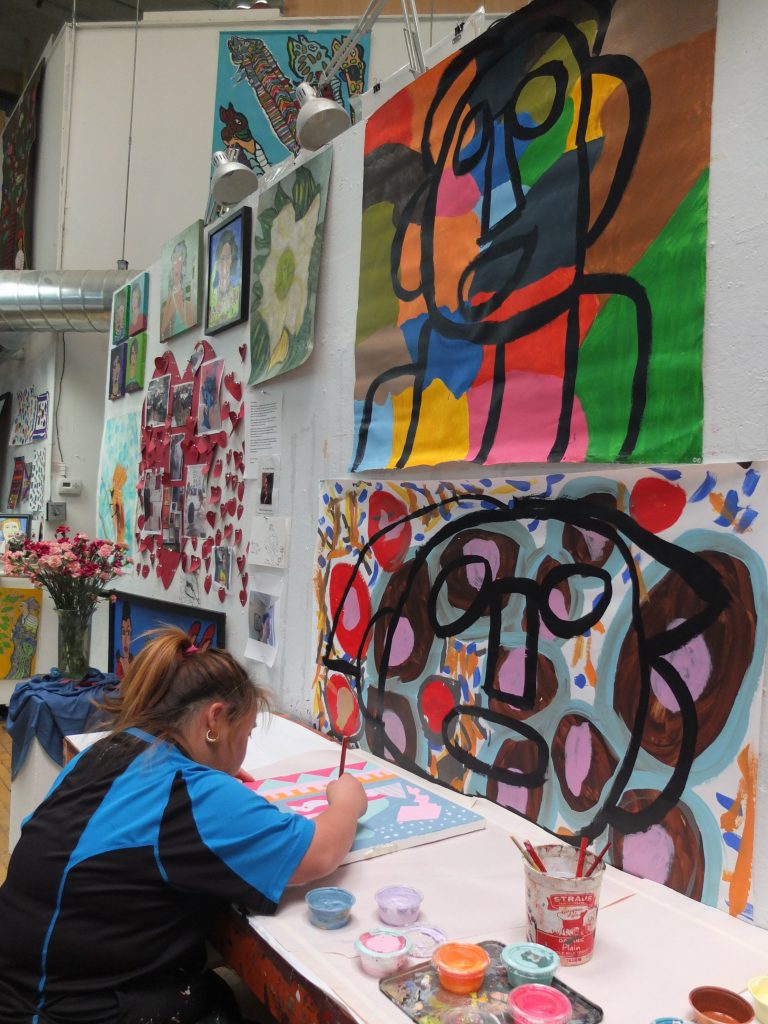 My initial reaction to this scheme was certainly one of surprise. Given the vulnerable status of the artists participating in the project, the potential safety issues immediately sprung to mind. However, I was assured that the pastoral care of the artists is at the forefront of the organisations thinking. 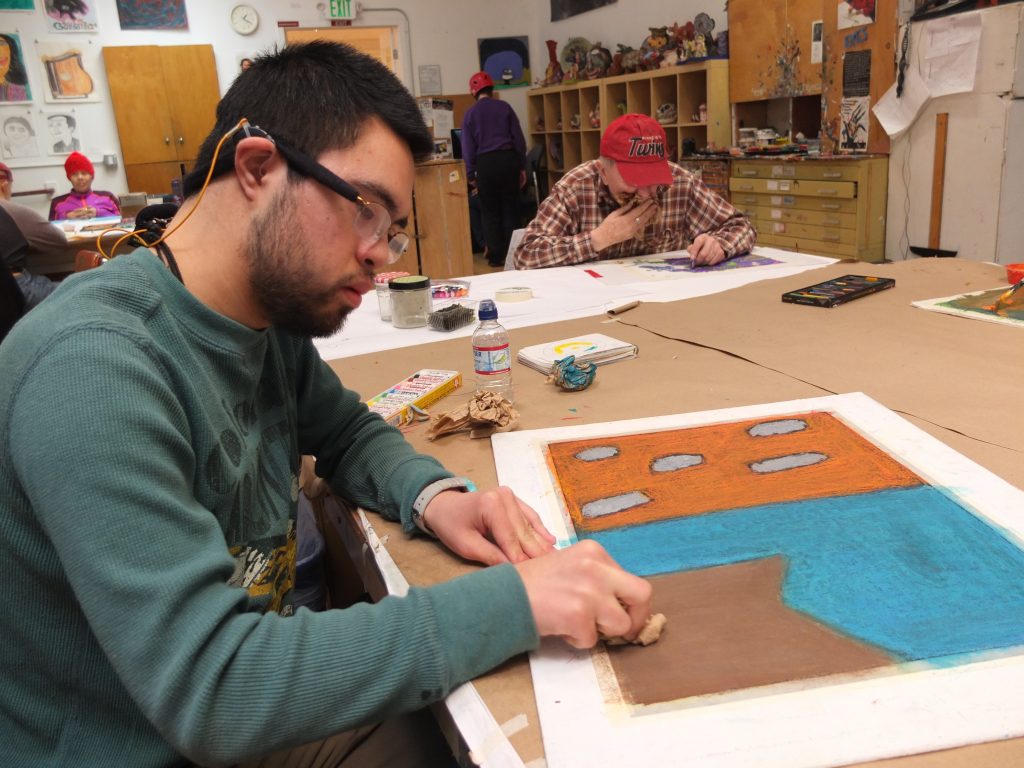 Visual Arts Instructor & Services Coordinator Pilar Olabarria, who has been working in the Creativity Explored studios since 1984 believes that “100% we need to have the community coming in here, I don’t think I would be happy working in a place, which is closed to the public”. 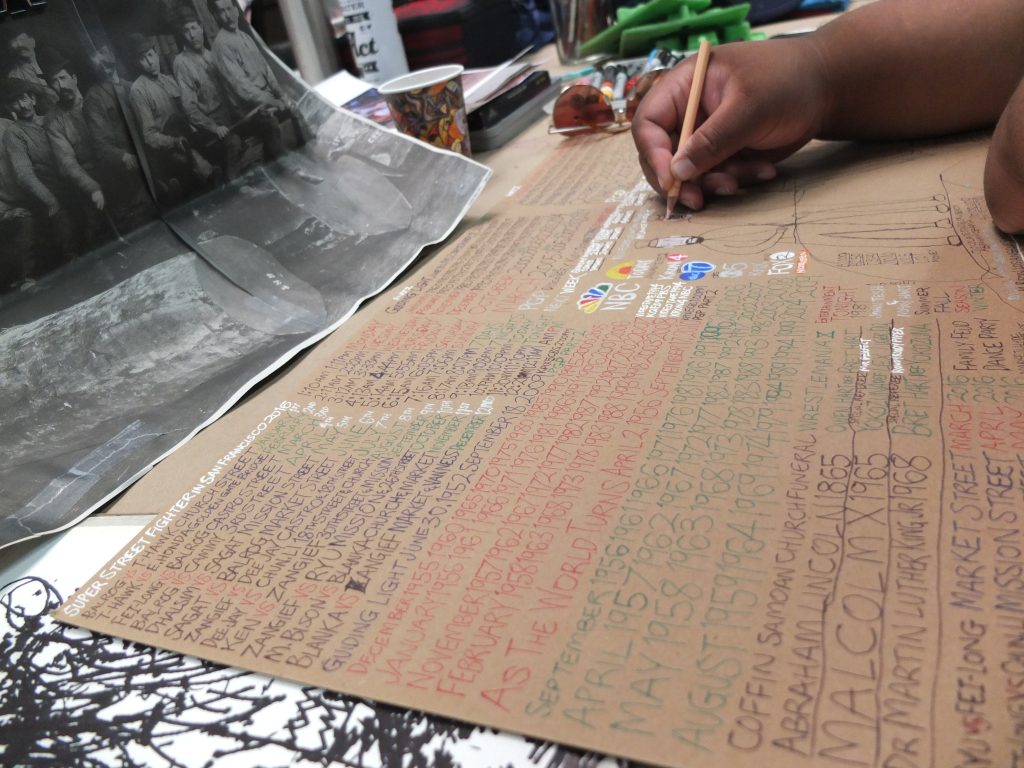 During my BA course at Glasgow School of Art, I got to feel what it was like to have the general public observing you in your place of work. Regular tours that took groups of eager tourists around the famous Mackintosh Building weren’t actually allowed to come into my studio but they were just outside the door and their on-looking presence was felt. At the time it didn’t bother me at all – perhaps, because I didn’t really know any different. On reflection, I would argue that it reinforced both the feeling that what we were doing was worthwhile and our excitement about our work and the space we were in.

“I have worked in institutions and prisons and psychiatric so I know when it’s time to separate individuals from the community; but in this case, this is community- they live here.”
– Pilar Olabarria, Visual Arts Instructor & Services Coordinator 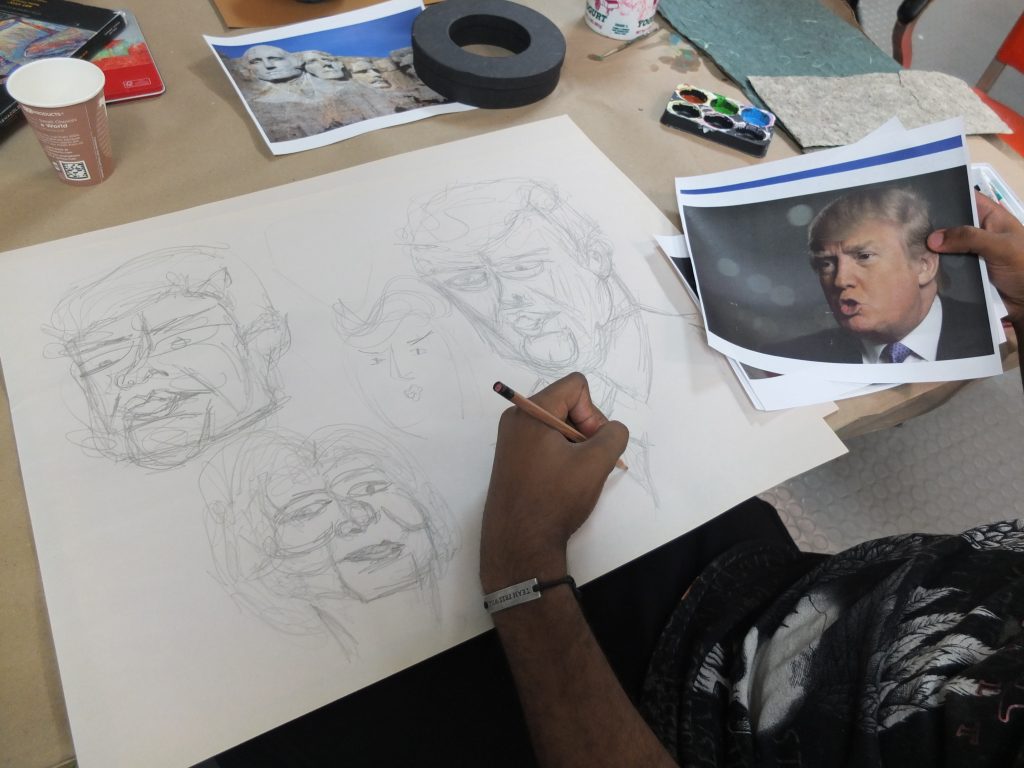 However, opening the doors to a studio space that caters for artists with developmental disabilities comes with a very different set of issues and risks. The studio instructors tell me that the policy works by collectively keeping an eye on who’s coming and going. Yet the larger of the two studio spaces at Creativity Explored supports over 60 people per day, with my instinct still questioning if it was possible to really “keep an eye” on everyone.

Nevertheless, while the studio instructors at Creativity Explored were fully aware of the potential risks that could arise from inviting the public in, they all still insisted that the policy worked and was important to their ethos.

“Bring the public to see us, to see us growing and doing beautiful things…I think it’s a mistake to have closed doors for any programming…you have to be very good at doing it, it’s no circus – “come in and see these people, look at how good, how cute they are”- I would hate that, in fact I would throw them out.”
– Pilar Olabarria, Visual Arts Instructor & Services Coordinator

During my time at Creativity Explored, I observed this particular policy closely. While I spent most of my time thinking to myself that this would never happen in the UK, it is without question that opening the doors to the studio has led to some really positive benefits for the artists and the organisation. 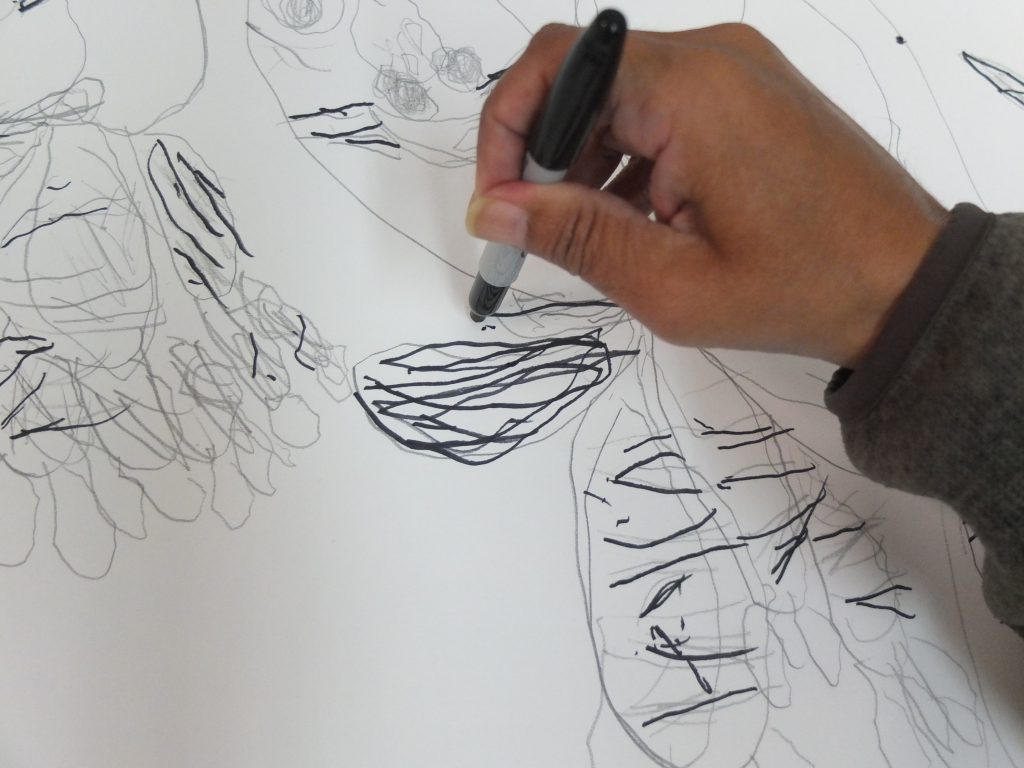 “For our students it’s great for them to have people appreciate their work and look at the work and talk to them…again for most people here it’s their only real connection to the outside world.”
– Gilles Combet, Visual Arts Instructor 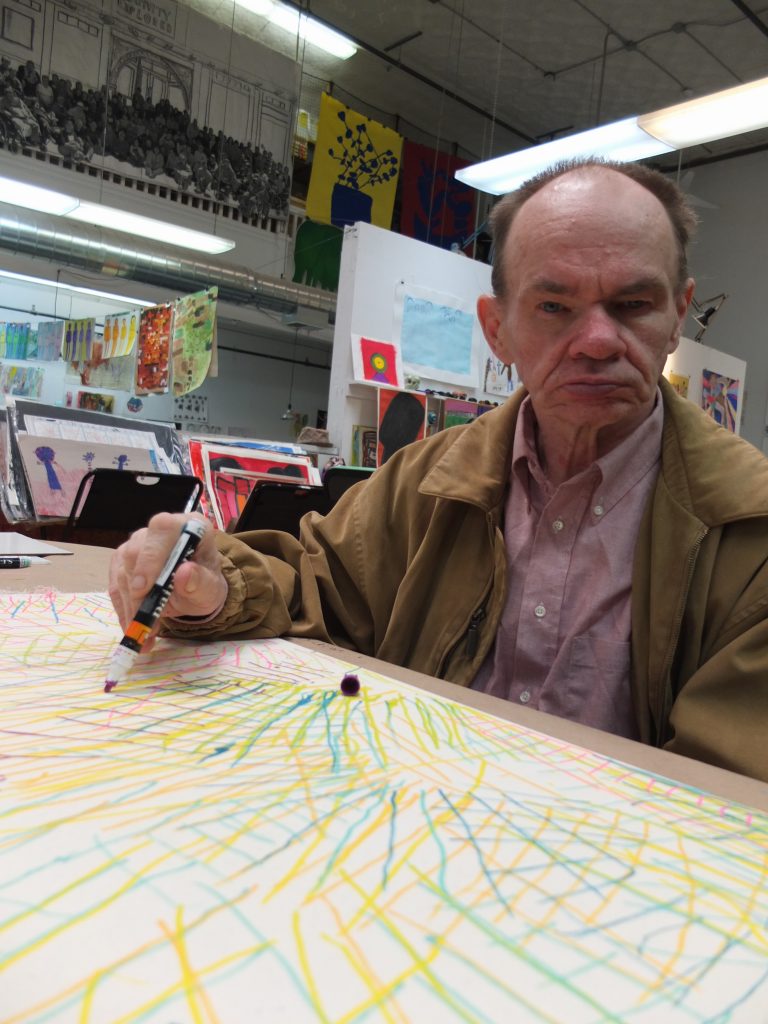 Indeed, the benefits are clear to see and the staff without question have the care of the artists at the front of their mind and do their utmost to look after them. Despite this, I still had concerns about the potential issues that could arise from a truly open door policy. My reservations were reinforced by my visit to Creative Growth, the sister organisation to Creativity Explored based over the bridge in Oakland. I was informed by the Studio Manager that the organisation had recently stopped public access to the studio due to various incidents where homeless people were joining the workshop space.

Perhaps Creative Growth’s challenge was down to location – their doors opened straight onto the street, whereas the Creativity Explored venue is only accessible through the onsite gallery and it could certainly be argued that it’s easier for the staff at Creativity Explored to monitor who’s initially entering the building and thereby interacting with the participants.

Creativity Explored stand by their open door scheme because they are interested in developing ways to integrate the artists working in their studios within the wider community.

The organisation believe that it is fundamental to educate the wider public about the disabled community and by opening the doors they see it as a crucial tool for breaking down any further marginalisation.

In reality, most visitors who do take the initiative to visit the studios are aware of the project and are genuinely interested in what the artists are working on. Therefore the policy acts more like a gesture to the public to invite them to be curious and learn about the work happening in the Creativity Explored studios.

And the drop in has another positive side effect: selling the artists’ work. Creativity Explored have an area designated for artist portfolios that the public are invited to browse – often with the help of an artist, who is proud to show their work to a new audience.

Read next article here: The Festival For All Skid Row Artists – A Platform to Share Collaborate and Exhibit Work